What do you do when you’re thrown under the bus… and it’s your client who pushed you?

As suppliers, it can sometimes feel like we’re disposable.  We are outside your customers’ organisation.  We’re outside the internal politics and if your client is backed into a corner, it’s easy for them to point the finger at you.

Many years ago I was invited to a meeting with my client to meet the new Director of Procurement.  It was supposed to be a casual get to know each other affair.

A piece of cake. Or so I thought.

I did the right thing and invited my Manager and the General Manager too.  We’d barely sat down before the new Procurement Director launched into me with accusations about how I hadn’t done this and that and how they were ready to walk.

All news to me.

And my main contact simply sat there nodding and agreeing.

Sure there were challenges, but they were on both sides – and we had been working really hard together to overcome them.

She sat there, without looking at me.  Except for a brief moment when our eyes locked and we both knew she had just thrown me under the bus.

Why do people throw people under the bus?

If they don’t really have the skills or if they’re in way over their heads – that can lead people to be stressed and anxious about their role because they know they are failing. They may already be having conversations about their performance.

It can lead people to deflect and look for scapegoats.

A micro-management culture can undermine people’s confidence. Nobody likes your boss second-guessing every move you make and always looking for faults.

You’ll know if that’s the case because whenever your contact wants something they usually mention their boss asked for it.  That kind of culture offers little support when things go wrong and so you may become the victim if there’s a problem.

If you’re working with a new division it may be they haven’t got processes or procedures in place to be able to manage the supplier relationships. and activities.

But chaos can lead to people making mistakes which leaves them looking for someone to blame.

Mergers and acquisitions leave people in job fear.  When you take over (or are taken over) there’s frequently two of everything, and the senior jobs are most at risk (who needs to CEO’s?).  So it becomes a battle to see who will win the role and you could get caught in the crossfire.

When times are tough and firms face financial difficulty – anything that involves money is on the radar and will leave people ducking for cover if their budgets blow out.  They might decide to throw you under the bus rather than risk their own careers.

What do you do when you’re thrown under the bus

It’s instinct to try and defend yourself and to confront your accuser or the person who has thrown you under the bus.

Let them have their say.

Wait 24 hours, compose yourself and then think about your next move.

It’s about them and the challenges it they’re having, their coping skills and the way they react when they’re stressed and under pressure.  If it’s fight or flight – they’ve chosen to fight and put your business relationship to sacrifice their own necks and that’s about them not you.

Talk to your manager and let them know exactly what happened.

The most important thing is that your company and your boss has your back.  You want to know you’ve got their support, they know you’ve done the right thing and can help you work through this.

Make sure you don’t keep it a secret.  Get your boss involved straight away and avoid the matter escalating.

Do you need to defend yourself?

If it’s a low-level issue, you may just need to let it slide, chalk it up to experience and move on.  While of course it’s disappointing, ultimately it’s not going to jeopardise your relationships and it might be in your best interests to be the bigger person an move on.

Sometimes however, you may feel it’s your credibility, reputation and honour at stake.

In those situations I feel you need to respond, but not in a counter-claim, defense-attorney way.  That’s not going to do anyone any favours and likely inflame the situations.

I like to go in with a sympathetic, conciliatory approach. I might start out by saying “I apologise if there’s been any misunderstanding”  and then lay out the facts of what has happened to date, what the issues are we discussed and what we plan to do moving forward.

Prevent a repeat of the situation

Look back with a magnifying glass and analyse every interaction.

What led to this situation where you were actually thrown under the bus and what can you do to make sure it doesn’t happen again?

You may find your relationship with your customer is not the same. It’s only natural and it can take a bit of time to get over what happened.

That doesn’t mean you can’t be professional.  You must project an air of confidence and professionalism to maintain a relationship (and prevent you from killing someone).

You will get over it. You will think about things differently and you may forgive but not forget.

There have been situations in the past when I’ve been thrown under the bus but I picked myself up, dusted myself off and moved on.  I continued to have a productive relationship and a strong partnership long after.

You need to put the business first and remember the bigger picture.

I hope it never happens to you, but if it has, please share your advice on how to get over it in the comments below. 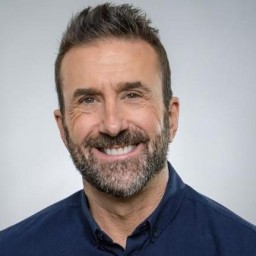 Warwick Brown has led business development and account management teams in Australia and Europe for more than 15 years and worked with some of the world's most prestigious firms, including Merck & Co, Deutsche Bank, McKinsey & Company and Vodafone. As the founder at Account Manager Tips, his mission is to help organisations leverage the power of key account management to accelerate client retention and revenue.

How to Identify Key Accounts: A Quick Guide to Getting it Right

Please log in again. The login page will open in a new tab. After logging in you can close it and return to this page.

Build the right relationships with the right people.

Account Manager Tips uses cookies to collect and analyse information on site performance and usage, and to enhance and customise content to improve your experience. By using this website or closing this message you agree to our use of cookies. Find out more.